Please complete this form to register as a Fashion Week Designer. We guarantee you will take your business to the next level with the most trusted platform in the world. La Creme Fashion Week is the pioneer of the largest national and international runway production in the industry. La Crème’s Fashion Week provides designers with the chance to showcase their newest and latest collections. You can expose adults and children collections, with traditional & non-traditional garments in order to present creations that allow the audience to appreciate who you truly are as designer. This show is designed to capture the energy, excitement, and ambition of designers while rewarding them with limitless opportunities to broaden their circle of clients. The audience is represented by upscale consumers, including national and international personalities. This show presents an opportunity for designers, viewers and participants to discuss the elements of style, while expanding on ideas that evolve fashion. The event is one of many ways La Creme continues to provide comprehensive diversity programming that supports the designers’ and models' social needs. For further details contact us at (908)688-4411 or visit www.lacreme.com. This benefit show is powered by La Creme Angels Inc. - a nonprofit group which benefits breast Cancer by helping to support cutting-edge research, world-class care for patients, health fairs, and vital education programs to train the next generation of cancer specialists.

Fill out this form to participate in Fashion Week as a vendor. This benefit show is hosted by La Creme Angels Inc. - a nonprofit which supports breast cancer.

Fill out this form to participate in La Creme Fashion Week as a Make Up Artist or Hairstylist. This benefit show is hosted by La Creme Angels Inc. - a nonprofit which supports breast cancer.

This Fashion Week Press Registration form is for professional photographers, videographers, bloggers and journalists who are interested in covering La Crème Fashion Week events — one application submission per pass. You may be asked to present proof of fashion week press registration at the front door on the day of the event. The benefit show is hosted by La Creme Angels Inc. - a nonprofit which supports breast cancer. 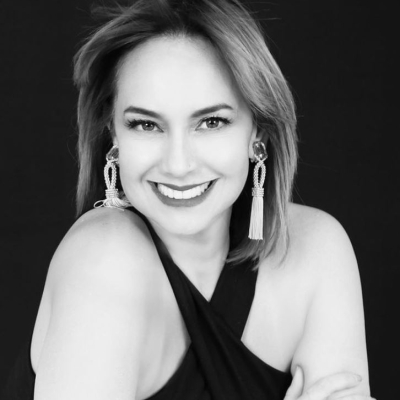 From a very young age, Patricia Pinto has shown a strong inclination towards the business field. She was trained in the area of business trading by her honorable father, Rafael Herrera, a reputable man of Italian descent. She earned her degree in Business Administration and  her Master’s from Instituto Tecnológico de Santo Domingo (INTEC) in Dominican Republic, renowned as a prestigious university in Latin America. Parallel to her business studies, she developed a passion for the modeling and acting field, urging her to further her studies. Following graduation, she worked as a model/actress for national and international corporations.

Her desire for guiding children and young adolescents in their self-development inspired her to become a Montessori educator, contributing to the betterment of generations to follow.

After working numerous times as a model for Oscar De La Renta, Carolina Herrera, Liz Claiborne, Michael Kors, Calvin Klein, Chanel, Mandee, Gap, Annie Sez in the United States, she decided to embark in a new business, opening her own modeling and acting agency and training center in the New York and New Jersey metro area. Her spiritual guide, Father John Patrick Murphy, assisted her in the selection of the name “La Creme.” Such marked the beginning of the new empire she created at the ripe young age of 21 in the summer of 1996. She proudly opened more La Creme branches throughout the United States and her business was promoted to a multi-national franchise.

She has been able to grow rapidly as an influential business woman with innovative and revolutionary ideas, motivating others to better their persona. Her strong faith in God has propelled her to expand her religious studies as she prepares to obtain a Master’s in Theology. She has also directed numerous prayer groups, served as a globally recognized top rated keynote speaker in several churches and helped established prayer retreats to strengthen the faith of those in need within her community.

In an effort to increase awareness for cancer, she has founded La Creme Angels, Inc., a non-profit organization whose mission is to provide the tools to prevent and overcome the devastating implications of cancer. As the CEO of La Creme Angels, Inc., Patricia offers a variety of supporting services to those less fortunate. She provides education and guidance to cancer patients, along with emotional and spiritual support to patients and their families. Additionally, she helps organize seminars, conferences and events for cancer prevention. She has created an infrastructure collaborating with medical professionals to offer cancer exams, screening mammograms and checkups for a low cost or free of charge to the disenfranchised.

Moreover, she is the creator of New Jersey Fashion Week and serves as a principal casting agent for New York Fashion Week, giving opportunity to new talent from all over the world to participate in these magnificent events.

She also serves as a hostess for many TV programs in the Spanish and Italian market, including Sabado Nuestro, where she has applied her major in Communication Arts. She has appeared in TLC’s viral TV series Extreme Cheapskates. She is the principal actress for the Somryst sleeping app released by Columbia University and principal actress for Sobo and Sobo commercials, where she has applied her studies in theatre.

Patricia has received several awards in the business and modeling field, including resolutions from presidents, governors, senators, mayors, diplomats, educators, among others. She has authored two books, “La Creme Models Handbook” and “La Creme de La Creme-Self-Confidence/Biography.” She also serves as a writer for many newspaper journals. She has been featured in Fox Business, Daily Mail, The Sun, Patch, and TAPinto.

Patricia has over 30 years of experience in the industry of runway, print, film and TV commercials, working for global corporations. She is a worldwide certified talent agent whom is verified on Instagram. Her son is the entrepreneur and viral video creator Nicholas Pinto.

Patricia has coached models for Saint Laurent, Versace, Brooks Brothers, Oscar De La Renta, Carolina Herrera, Liz Claiborne, Michael Kors, Calvin Klein, Chanel, Mandee, Gap, Annie Sez, among others. She has been the director of international pageants in the US and Latin America.

Patricia speaks English, Spanish, Italian, Portuguese, French, and has a vast knowledge of the Russian language.